“I feel better and less stressed”

– Story of Magdalena and Alejandro

From Slovakia through Spain to Denmark – what can help you deal with relocation stress?

Moving abroad and finding a job is now easier than ever, with the internet providing a huge platform for orientation, networking, and sharing different perspectives. It helps us overcome stereotypes, bring nations closer together. But how can we deal with the stress that comes with the move and the integration? What motivates so many people – even beyond the financial needs -, to move abroad and work there? We asked a psychiatrist and internist couple about their decision and the story behind it.

Relocation implies that we can become accustomed to a culture different from ours, become more independent, and temporarily say goodbye to certain habits and lifestyles. That in itself does not sound too easy, especially if we have to switch jobs at the same time. This can often lead us to difficult lifestyle choices: do we want to live in a country where our family and friends are close by, leading a more restrained life, or are we looking for a quickly evolving and successful career, while we can live a more balanced life? This decision, and the many changes that it entails, can cause significant stress.

As one of the principles of change management, we know that if people are informed, prepared for change, then the organization as a whole will be successful in adapting. Martin (1999) also found this in his research, which examined the psychological reactions of 54 emigrants before and after moving. The result was that the better and more thorough the pre-move preparation period was, the better the results were in terms of mental health, job satisfaction, and enthusiasm. Let’s see how the situation develops for a couple going to Denmark.

Please say a few words about yourself.

Alejandro: My name is Alejandro, I was born in Tenerife and have lived almost all my life there, so far. I am a 34-year-old psychiatrist and have worked in a Tenerife hospital until recently, this is also where I met my wife.

Magdalena: I’m Magdalena, I was born in Slovakia, but for the last 12 years I have lived in Spain. I went to a Spanish-Slovakian bilingual secondary school, from where I moved to Spain, where I graduated from medical school. I spent my residency in Tenerife, where I met Alejandro. We’ve been looking for ways to move out of Spain for a long time, but I had to finish my resident training first. Initially, we were trying with Sweden, but the process didn’t work out very well, so we decided to try the place where we really want to go, even though they don’t have an internal medicine specialist position.

Currently, we are in Budapest, because Medicolink provides intensive Danish language training, and with several other colleagues, we are studying the language daily until we move. Because Alejandro already has a work contract in Denmark. 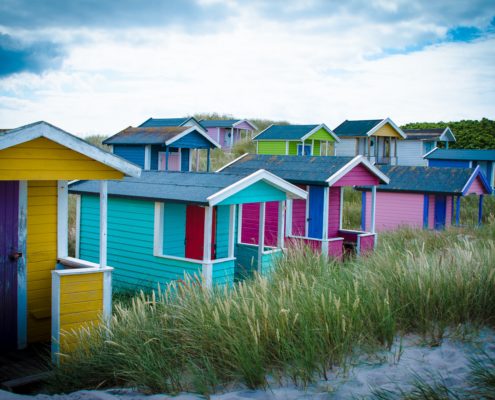 Why did you decide to leave Spain?

M: The main reason for both of us is that job opportunities are not very promising for Spanish doctors: there is little chance of getting a full-time, permanent contract. We would soon like to have a family, but this makes our situation much more complicated.

A: That’s right. After almost 9 years of work in the Tenerife health system, I have not been offered a permanent contract, and the lack of resources makes our job very difficult.

I worked an average of 70 hours a week, in two jobs, to live in financial stability. I would have probably burned out if I continued to work like that. 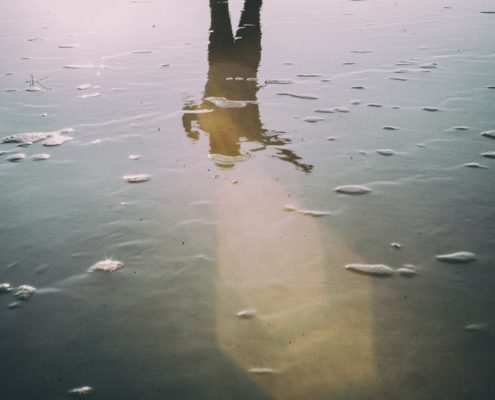 Why did you choose Denmark?

A: In Spain, it is very difficult to find a work-life balance, as is evident from what we just mentioned, and I think that is the main argument for Denmark. I think Denmark has a very good work-life balance. In addition, we had a bit of a personal experience with the country, I visited it a few years ago, and I liked everything except the weather. I think we’ll have a nice life there.

M: I spent a month in a hospital in Denmark and I was very pleased, the people there were particularly nice. This country has always floated in my head as an opportunity, thinking that once I can move, I want to move here. 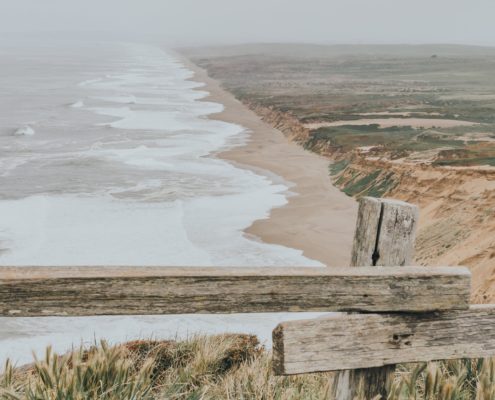 One of you has more experience with moving abroad, but both of you have lived abroad. How did you experience these relocations?

A: I was in Germany for a one year long Erasmus program and I lived in Salamanca, Spain, but this is of course the biggest move I have made so far, and if we are lucky, we will be settled in Denmark and we do not plan on going back to Spain. In the year I spent in Germany, I basically felt good because it was my Erasmus year, but I made a mistake: I didn’t learn German, so I got in touch with very few Germans, which was a big lesson in the current situation. This is why I am very interested in the Danish language, because I would like to live ‘Danishly’, which requires knowing the language.

M: Initially, it was very difficult when I went to medical school from high school to Spain. My classmates were more immature, they were typically living with their parents, almost all of them, and because I came from another country alone, I couldn’t count on any help. Foreign culture was hard to get used to. But as time went on, I made friends and became more involved in community life at university. I think it was a very big step for me to integrate into the country.

What has helped you most to make your decision?

M: The idea of moving has been very much in agreement between the two of us for a long time.

We were seeking stability and work-life balance to settle down and raise a family in peace. 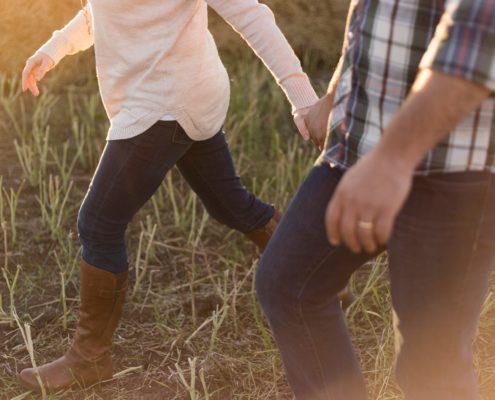 What obstacles have you encountered in making the decision? What are you most afraid of now?

A: It was more difficult for me to leave my family and friends. The biggest challenge now is learning the language. Danish is not very simple, but we are working on it.

M: I think we’re in the best moment to move, because we’re both young. The thing that is a little depressing is that we have no close acquaintances in Denmark, except for a friend of Alejandro’s who lives a little far from the city we are moving to, but we will definitely visit him when we move into our new home.

Do you think that by this preparation period, you have enough time to reduce your stress about the move?

A: As I am here in Budapest, I feel better and less stressed than in Tenerife. Even having to study a lot every day.

I feel good, I feel better.

M: Learning the language is hard, but I am more worried about finding a job or how long it will take. I hope I will, because I have 10 years of experience. That’s a bit worrying and then finding a flat to live in, but actually Medicolink is helping a lot with that, so that takes part of the stress off. It is very good to focus on the language course now, and let the company solve these issues. 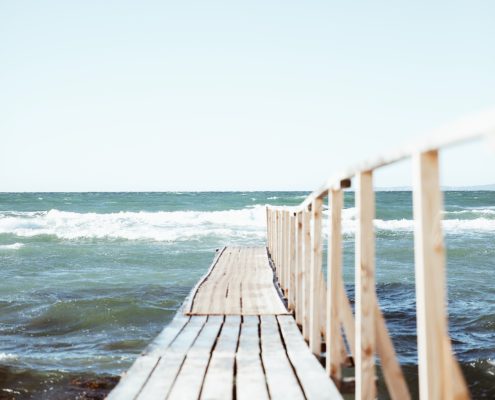 Considering all, moving to another country takes a lot of hard work, and preparation.  Predictability and detailed information can reduce the stress involved with the process of moving and take the weight off one’s shoulder.

Choosing an experienced, supporting team that helps you with the administrative questions, finding a new flat, and can give you much more first-hand information on what can you expect in a new country is a big advantage, compared to choosing the rocky road when you have to find out all the details without a guide, by yourself.

If you are interested in learning more about your healthcare career opportunities in Denmark, feel free to contact us. We are here to help you. 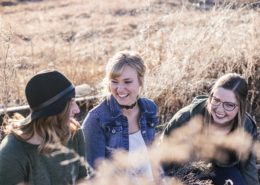 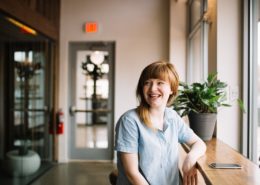 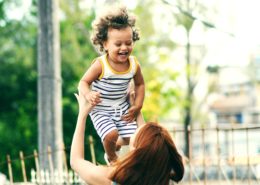 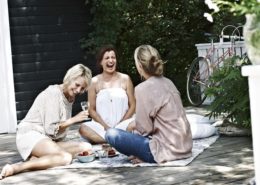 The awareness of gender equality in remarkably high in the Scandinavian countries. The initiative for gender equality in Denmark roots back almost a century when the Copenhagener Clara Zetkin in 1910 first suggested the idea of having a day…
https://medicolink.com/wp-content/uploads/2018/03/women-in-denmark.jpg 453 720 Medicolink https://medicolink.com/wp-content/uploads/2018/11/medicolink_logo_2017_ok_small.png?_t=1542184630 Medicolink2018-03-08 14:25:202018-04-19 11:42:06Why Danish women remain the envy of many in the world?
Everything you need to know about Danish language learning

Fra Spanien gennem Budapest til Danmark – Hvordan håndterer man flytning...
We use cookies to ensure that we give you the best experience on our website. If you continue to use this site we will assume that you are happy with it.Ok
Scroll to top